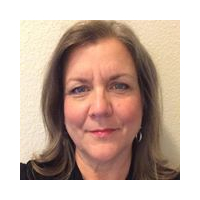 In September 2011 Janice Butler lost her home and much of her community during the most destructive wildfire in Texas history. The Bastrop County Complex Fires destroyed almost 1700 homes, 38 businesses, 34,000 acres and resulted in the loss of 2 lives. What it didn’t destroy were the spirits of those affected. Despite her losses, Janice stepped up to assist in her community’s recovery by serving as treasurer of the Bastrop County Long Term Recovery Team. She subsequently became the organization’s executive director and was instrumental in writing grants, organizing fundraisers and assisting with volunteers that led to the successful rebuild of 133 homes. Since then she has shared her knowledge with several other disaster recovery teams in Texas. For her contribution, Janice was recognized as a Point of Light by the Bastrop Chamber of Commerce and under her leadership, the BCLTRT has received the Governor’s Community Leadership in Disaster Response Award and was named the Long Term Recovery Organization of the Year by the Texas VOAD in 2014. Janice is currently working on her bachelor’s degree at St. Edward’s University in Non-Profit Management.